The ICQoL Organizing Committee offer many thanks to Imex Japan for the use of their premises and facilities during the planning and staging of this event.

The ICQoL Organizing Committee offer many thanks to Imex Japan for the use of their premises and facilities during the planning and staging of this event. 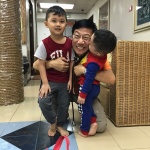 Dr Chew Yu Gee is currently the consultant paediatrician and medical director of Hope Children Hospital, that he founded in 1993. He also travels frequently as a ‘missionary doctor’ to Cambodia, Pakistan, Bangladesh, Zambia, etc. He is part of CREST, an international medical crisis relief team. He is forever grateful to the Singapore government for providing him a Merit Scholarship to study medicine at the National University of Singapore. He got is specialist training in Paediatrics at NUS, the Royal College of Physicians in Ireland and the Academy of Medicine in Malaysia. Due to his interest in childhood and adolescent psychiatry, he founded the Lighthouse Academy for Special Needs children.  Dr Chew serves a pastor and head elder of the Lighthouse, a ‘home’ for orphans, elderly, disgruntled kids and a place for rehabilitation. He is the designer, architect, landscaper, gardener and proud owner of the Lost Paradise Resort which houses a clinic, the school and the home in it’s compound.

Profound, happy, successful, peaceful, powerful, purposeful living should be a common goal for all. The song by Westlife ‘Flying without wings’ aptly describes this state of living profoundly. The sixth verse says ‘Cause who’s to know which one you let go, would have made you COMPLETE’. One way of living a peaceful powerful and purposeful life is by loving, serving and blessing another sacrificially.

Unless a seed falls to the ground and ‘dies’, it remains a single seed but when it dies it produces many seeds. 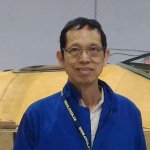 S. Khim Wong was born and grew up in Kuala Lumpur, Malaysia. He earned his bachelor degree in Mechanical Engineering from North East London Polytechnic/University of East London, England. His professional work experience started with Ford Motor Company in England and at British Gas Research Center. Returning to Malaysia in 1978 he worked for Tan Chong Motors/APM Holdings and started up a factory making car air conditioners. During this time, he traveled often to Japan for training and business.

He has written a number of technical specifications including one published by The Society of Automotive Engineers International, SAE J2587 – Optimized Fuel Tank Closure, where he was chairman and co-author.

Khim was the first employee of his company to be posted to China in 2005. During the 5-year period, he established the supplier base and was the technical consultant and trainer. By 2016, his company has eight factories in China and India.

His work experience in Asia, Europe, and The Americas gave him a Global prospective of different work ethics and social cultures.

Quality of Life – A sum of many parts – of Cars, Life and an Aeroplane

This presentation aims to provide a glimpse of an Automotive Engineer’s view in the development of a motor vehicle and what it was like to work in the North American and Global automotive industry.

A car consists of about 30,000 parts. Different modules like the body, engine, transmission, seats, electrical, electronics ETC were assembled within 40 to 80 seconds at each assembly station.

In the design, development, testing and manufacturing, each car component must meet the functional and durability standards and requirements. Failures can result in costly production stoppage and recalls that can bankrupt a company.

A Fuel Storage and Delivery System is probably the most dangerous device we use every day. The fuel system and the dynamics of Filling, Storage, Gauging, Venting, Fuel Delivery, Vapour Management and Safety were explained.

Air pollution has harmful effects on human health. Pollution from burning fuel and fuel vapour are major contributors to air pollution problems. By 1990, the plastic fuel tank was already popular in Europe with about 80% market share, however in North America it had about 20% market share, and the plastic fuel tank industry faced a ‘death penalty’ when new emission regulations from California called for more stringent fuel vapour emission limits which technology of that time cannot meet. From 1992, new technologies were invented and evolved. Multi layer blow moulding, enhanced fuel tank system architecture and On-board Refueling Vapour Recovery (ORVR) system help to reduce evaporative emissions. By early 2000, it has gained about 80% market share.

The lessons learned from his first job at Ford Motor Company in England has the profound and lasting effect through out his professional life in Malaysia, the Americas, China and Europe.

For directions, or for further help reaching the conference, please see our venue page or contact us at intconf@as4qol.org.